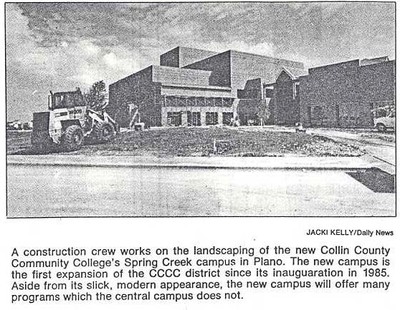 Newspaper clipping featuring an image of construction at the Plano/Spring Creek Campus. The caption reads, "A construction crew works on the landscaping of the new Collin County Community College's Spring Creek campus in Plano. The new campus is the first expansion of the CCCC district since its inauguration in 1985. Aside from its slick, modern appearance, the new campus will offer many programs which the central campus does not."